What makes a great Cape Cod getaway? Learn more about the popular summer vacation destination, including where to find the best beaches, restaurants, hotels, activities, and events.

NEW ENGLAND TODAY TRAVEL – Where is Cape Cod? It’s a common question for visitors planning a Cape Cod vacation or New England road trip. Fortunately, the answer is an easy one. Where is Cape Cod? Look no farther than the crescent-shaped peninsula, or “arm,” of Massachusetts that juts into the Atlantic Ocean.

Where is Cape Cod? | Getting There

Ah, Cape traffic. In the summer, it’s unavoidable, but as long as you’ve got a full tank of gas, you just need to sit back, turn up the radio, and remind yourself that it can’t last forever.

There are two main routes to the Cape, each with its own bridge over the Cape Cod Canal. The Sagamore Bridge at the northeastern side of the canal carries Route 6 to the Cape. The Bourne Bridge, southwest of the Sagamore, carries Route 28.

Taking the Ferry to Cape Cod

Taking the Train to Cape Cod

Since 2013, the CapeFlyer has provided a popular alternative to sitting in Cape traffic jams. Departing from Boston’s South Station, the seasonal service (weekends from Memorial Day through Labor Day) stops in Buzzards Bay and the village of Hyannis.

Cape Cod spans all of Barnstable County, which comprises 15 towns, each with its own villages. The communities are arranged in four geographical groups, from the “Upper Cape,” closest to the Cape Cod Canal, to the “Outer Cape,” which ends at the tip in Provincetown. 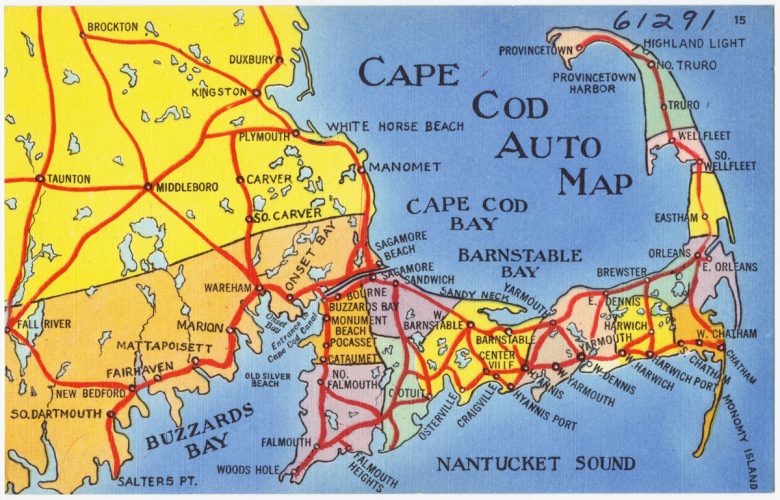 You’ll also frequently hear Cape Cod described in the context of “the Cape and Islands,” referring to the large islands of Martha’s Vineyard and Nantucket.

At the tip of Cape Cod, P-town has it all: Cape Cod National Seashore beaches, stunning sunsets, a vibrant gallery and restaurant scene, whale-watching cruises, and the most eclectic people-watching of all.

See More: Things to Do in Provincetown, MA

Here you’ll find a quintessential village green replete with gazebo and bands playing concerts in summer, surrounded by a good selection of restaurants and shops, plus the Chatham Bars Inn, one of our favorite Cape Cod oceanfront hotels.

Spend the morning on Nauset Beach’s exquisite length of dune-studded coastline along Cape Cod National Seashore, the afternoon biking in the shade of the Cape Cod Rail Trail north past the ponds of Eastham, and the early evening watching a Cape Cod Baseball League game.

One of the larger communities on Cape Cod, Falmouth has both busy and picturesque sides. If you’re looking for affordable lodging, restaurants that grill fresh seafood perfectly, a fun town center to stroll, a vast assortment of beaches, the Shining Sea Bikewaytrail down to Woods Hole, and easy accessibility via Route 28 south off the Bourne Bridge, follow the Bostonians who have a second home in Falmouth. 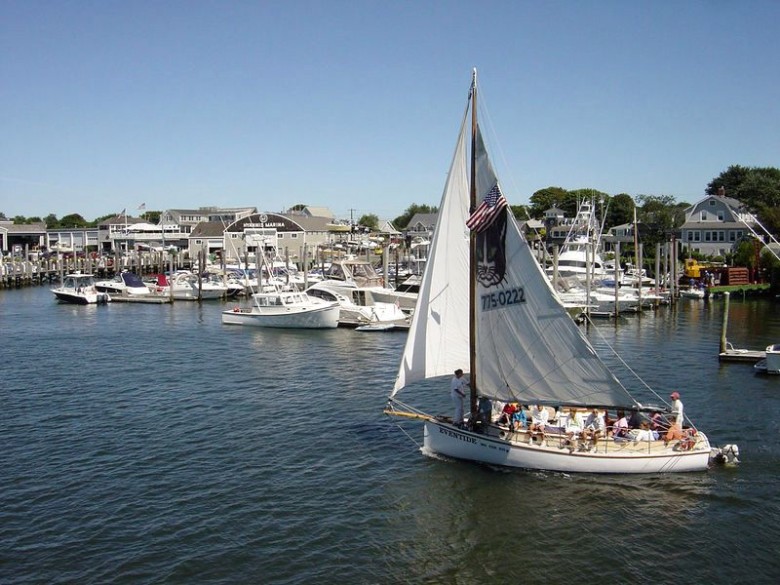 Located on Nantucket Sound within the town of Barnstable, Hyannis beckons with sandy beaches, a hometown Main Street, seaside art shanties, museums, restaurants, and ample opportunities to get out on the water. It’s more than enough to keep you busy on a Cape Cod getaway weekend.

See More: Things to Do in Hyannis, MA

If we were judging beach towns solely on variety and quality of beaches, Wellfleet would earn top honors. Its mix of Cape Cod National Seashore beachfront, freshwater ponds, and bayshore and harborside walks is unparalleled. It’s all worth the drive from the small town center. Don’t miss the retro-favorite Wellfleet Drive-in for the perfect family-friendly night out.

Best Things to Do on Cape Cod | Attractions & Events

From seaside fun to top-notch museums and colorful cultural offerings, Cape Cod has a dizzying amount of attractions to entertain visitors of all ages. It’s also home to a year-round roster of events celebrating everything from summer hydrangeas in Sandwich to Mardi Gras in Provincetown. Here’s a roundup of some of our favorite Cape Cod activities and Cape Cod events. With a region so large and diverse, it’s impossible to include them all, but we hope you’ll agree this is a good start. And be sure to let us know in the comments which Cape Cod activities and events are your family’s favorites. 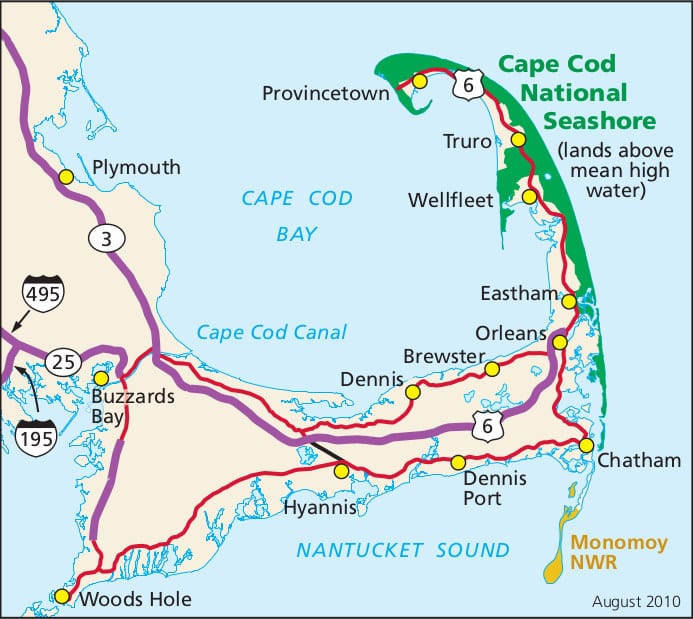 Where Is Cape Cod? | Things to Do on Cape Cod

Seen in green on the map above, the Cape Cod National Seashore — created in 1961 by President John F. Kennedy and operated by the National Park Service — stretches for 40 miles around curve of the Outer Cape from Orleans to Provincetown. Enjoy dunes, salt marshes, nature trails, kettle ponds, and unspoiled beaches.

Threading 22 miles from the mid-Cape in Dennis to Lecount Hollow Road near PB Boulangerie in Wellfleet, this paved path with a few gentle hills includes several points of access to Cape Cod National Seashore beaches. Pets on short leashes are permitted on the trail, so Fido can run alongside. Named a 2016 Yankee Editors’ Pick for “Best Tourist Hot Spot.” 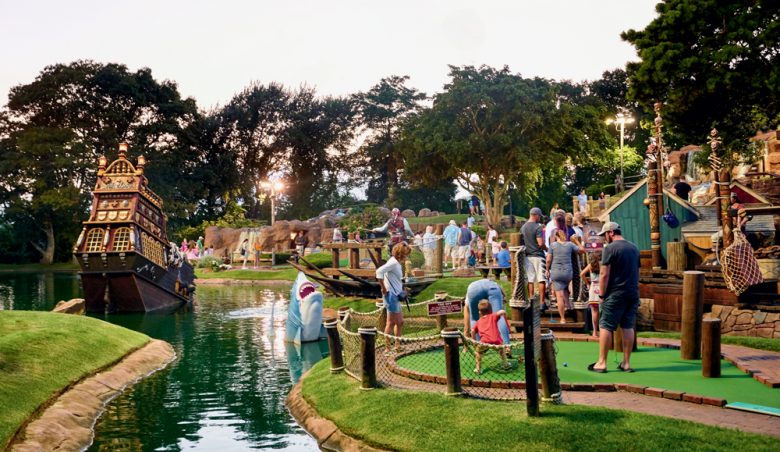 No yo-ho-holiday on Cape Cod is complete without a competitive round of putting for family supremacy at this photo op–filled adventure course in South Yarmouth. There are two 18-hole options — one with ramps, one with stairs — and each takes you deep into a land of shipwrecks, rapscallions, and sharks. Along the way, you can blast water cannons, duck beneath waterfalls, and brush up on your New England pirate lore. The swashbuckling soundtrack will supercharge your appetite for ice cream at the arcade and gift shop o’ pirate bling. Named a 2019 Yankee Editors’ Pick for “Best Mini Golf.”

See a need; fill it. That formula has catapulted many 20-something entrepreneurs to greatness. And yet Matthew Scinto’s 2018 startup seems particularly gutsy. A Cape Cod transplant with a newly minted doctoral degree in conducting, he’s assembled a dynamic young cadre of professional musicians and already forged collaborative inroads with local arts organizations. Concerts at acoustically superb Pilgrim Congregational Church in Harwich Port feature rousing reinterpretations of classics and fresh works by a composer-in-residence. Named at 2019 Yankee Editors’ Pick for “Best New Cultural Attraction.”

Once you’ve been through the museum — learning about the forces of nature that shaped Cape Cod, studying its various ecosystems, and checking out local fish and mollusks in the aquarium — you’ll be ready to hit the three nature trails on this 400-acre-plus site in Brewster. Named a 2014 Yankee Editors’ Pick for “Best Natural History.” 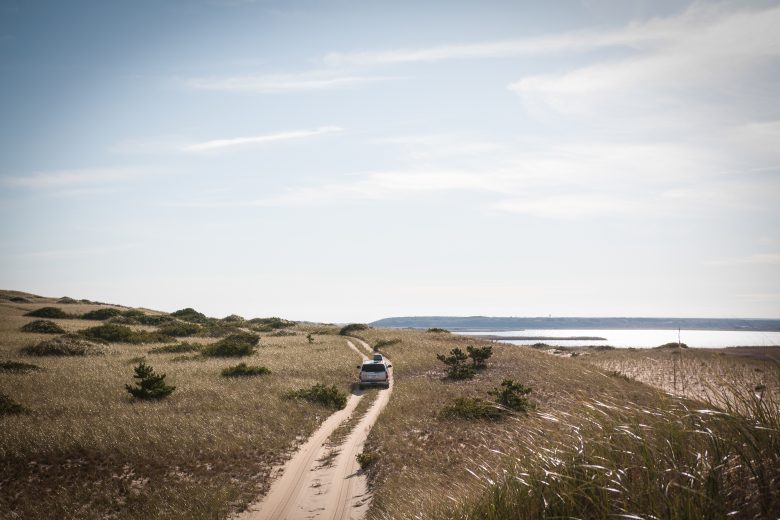 The windblown heaps of sand beside Route 6 as you approach town seem almost like a little piece of the Sahara come to New England. Art’s Dune Tours of Provincetown has been driving folks into this landscape since 1946, and no one else offers this kind of colorful, historical, and ecologically sensitive experience of the fragile ecosystem. Named a 2012 Yankee Editors’ Pick for “Best Retro Ecotour.”

Many stars of stage and screen have trod the boards at the Cape Playhouse in Dennis since it opened in 1927 in a former Unitarian meetinghouse. The country’s oldest professional summer theater knows how to put together an entertaining six-play mix of comedies, musicals, mysteries, and old favorites. Named a 2013 Yankee Editors’ Pick for “Best Vintage Summer Theater.” 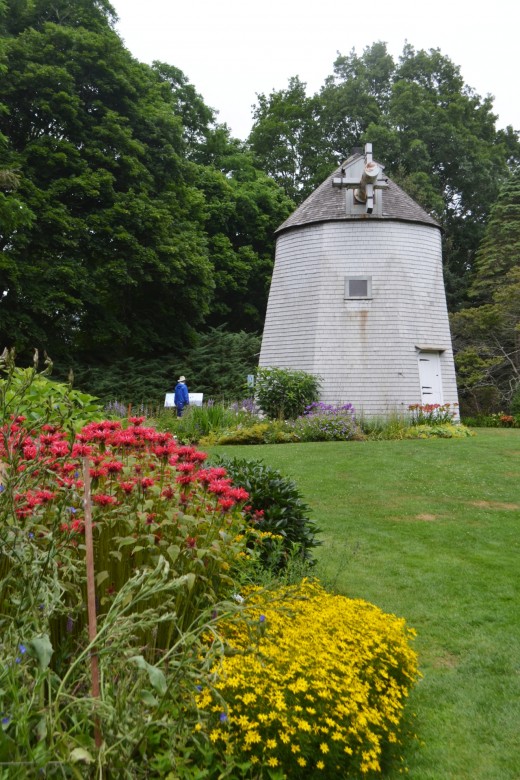 The gardens and trails crisscross 100 acres; the gentle maritime climate encourages dramatic displays of rhododendrons, daylilies, hostas, and hydrangeas. The museums offer something for everyone in the family – from the gorgeously restored Looff carousel to antique automobiles to iconic American folk art. Named a 2012 Yankee Editors’ Pick for “Best All-Family Attraction.” The on-site Adventure Park, with its five treetop trails of varying difficulty traversing the forest canopy, earned this Sandwich landmark a 2016 Yankee Editors’ Pick for “Best Family Adventure.”

Much as artist and author Edward Gorey (1925–2000) loved the macabre, his pen-and-ink drawings were always touched by whimsy (see the animated opening credits for the PBS Mystery! series). The Yarmouth Port house preserves the artist’s collection of books, artifacts, beach stones, and curios — and his enduring, ultimately droll vision. Named a 2015 Yankee Editors’ Pick for “Best Artist’s Home.”

From mid-April through October, one of the most thrilling activities for visitors of all ages is a Cape Cod whale watch. Trips generally take three to four hours and include educational narration. Two favorite whale watches on Cape Cod are Hyannis Whale Watcher Cruises, departing from Barnstable Harbor, and Dolphin Fleet, departing from MacMillan Pier in Provincetown.

GO GUIDE: Evenings Under the Stars