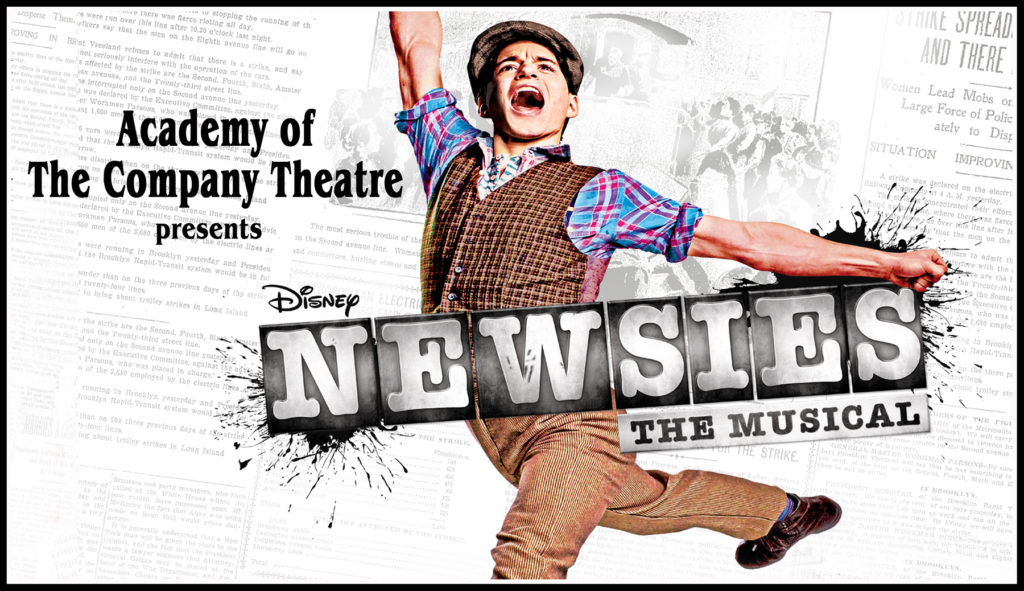 McGRATHPR.com – The Academy of The Company Theatre (A.C.T.) announces auditions for youth actors ages 10 to 18 for their upcoming production of Disney’s Newsies, on Thursday, January 10 and Friday, January 11, from 3:30 to 6:00 pm at The Company Theatre Center for Performing Arts, 30 Accord Park Drive, Norwell. Disney’s Newsies’ music is by Alan Menken, with lyrics by Jack Feldman, book by Harvey Fierstein, based on the Disney film written by Bob Tzudiker and Noni White. The production is directed by Zoe Bradford and Jordie Saucerman with music direction by Melissa Carubia and choreography by Sally Forrest.

The rousing true story of the 1899 Newsboy Strike, Disney’s Newsies, has been recreated from the Disney film for the stage by the amazing team of Harvey Fierstein (Hairspray, Kinky Boots) and Alan Menken (Legally Blonde, Beauty and the Beast). Jack Kelly is the rebellious and charismatic newsboy who dreams of a better life for himself and his pals, who survive by living on the streets and selling the daily newspaper. When publishing titans Joseph Pulitzer and William Randolph Hearst raise distribution prices at the newsboys’ expense, Jack rallies newsies from across the city to strike for what’s right! Featuring high energy dance, non-stop thrills, a catchy score, and a timeless message, Newsies is the perfect musical for the whole family.

Actors should plan to attend both days of auditions, which includes learning a song, movement, and character work.  Students of all ethnic backgrounds are encouraged to audition. Not all audition candidates will be cast.

Jack Kelly – The charismatic leader of the Manhattan newsies; an orphaned dreamer and artist yearning to get out of the crowded streets of NYC and make a better life for himself out West. Fiercely protective of his best friend, Crutchie, and strongly loyal, Jack isn’t afraid to use his voice to attain better conditions for the working kids of NYC. Though living on the streets has given him a tough-guy exterior, Jack has a big heart and can demonstrate a sweet vulnerability. Must have a great pop tenor voice and a good sense of physicality.

Katherine Plumber – An ambitious young reporter who works hard to make a name for herself as a legitimate journalist in a time when women aren’t taken seriously. (Actually, Pulitzer’s daughter attempting to make her mark incognito.) Quick, funny, and resourceful, she captures the voice of a rising new generation in her coverage of the newsies’ strike. Generally has no time for cocky, streetwise young men, she makes an exception for Jack Kelly. A triple threat with a great contemporary pop voice with a high belt.

Medda Larkin – Big-voiced vaudevillian singer and star of The Bowery. Offers her theater as a safe haven for the newsies. An astute entertainer with great comic delivery, she’s a good friend to Jack and stands firmly behind the newsies in their fight for justice.

Crutchie – Dedicated newsie with a bum leg that’s painful, but helps sell more papers. Though he walks with the assistance of a crutch, Crutchie doesn’t let it define him; when in a jam, Jack Kelly’s best friend relies on a goofy-sweet sense of humor and optimistic resilience. Crutchie is the heart of the resistance.

Davey – Les’s straight-laced, bright big brother starts selling newspapers to help his family earn a living, but becomes swept up in the fervor of the strike. A leader in his own right who is learning to use his voice to uplift others, Davey is the brains of the resistance.

Les – Davey’s cheeky younger brother is inspired by the freedom of the newsies and loves their independent lifestyle. A precocious and natural newsie, Les is an intuitive salesboy and a pint-sized charmer. He should present as younger than the other newsies.

Joseph Pulitzer – Pompous businessman through and through owns the World and is concerned solely with the bottom line. Katherine’s no-nonsense father, Pulitzer doesn’t sympathize with the strikers, but he does eventually – and grudgingly – respect Jack.

Darcy – (male or female) Upper-class kid of a publisher who sides with the newsies. Can double as a newsie.

Bill – Son of William Randolph Hearst who joins the newsies’ cause. Can double as a newsie.

Wiesel – (non-dancing) “Weasel,” runs the distribution window for the World, and knows most of the newsies by name. Assisted by the intimidating Delancey brothers, who keep order by any means necessary, Wiesel is Pulitzer’s disgruntled paper-pusher.

Oscar & Morris Delancey – (non-dancing). Tough brothers who work at the distribution window for the World, taking the side of the publishers in the strike and are known to use their fists to make a point.

Bunsen – (non-dancing). Pulitzer’s bookkeeper; comes up with the idea to raise the newsies’ price per paper.

Snyder – (male or female, non-dancing) Crooked and sinister warden of THE REFUGE, a filthy and horrible orphanage, who is concerned only with catching enough kids to keep the government checks coming.  Though not dancing, must be able to run and chase after the newsies.

Jacobi – (male or female, non-dancing) Allows the newsies to congregate in his/her restaurant to plan their strike – as long as there aren’t any paying customers, that is. Cameo role.

Mayor – (non-dancing) Major of NYC who rebuffs Pulitzer’s attempts to shut down the newsies’ strike.

A non-refundable audition fee of $20 is payable upon arrival.  Tuition for the classes and production is $450 per student.  Some financial assistance is available. Tuition is due following the casting announcement.  A headshot is helpful but not required, and students should come dressed for movement.  A completed emergency form must accompany audition candidates, available on the theatre’s website or upon arrival.

Newsies performs from April 18 through 28, from Friday through Sunday, matinee and evening shows are available. Tickets are $18 for students, $22 for adults, available at www.companytheatre.com. 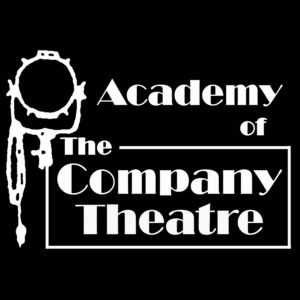 The Academy of The Company Theatre’s mission is to build creativity and self-confidence in students through the performing and visual arts in a challenging, fun, and supportive environment.

For more information about auditions, please call or email Director of Education Melissa Carubia at (339) 469-1776 or melissa@companytheatre.com. For more information about A.C.T.’s after school classes and workshops, The Company Theatre, or to order tickets, visit www.companytheatre.com, or follow The Company Theatre Center for the Arts on Twitter, Instagram, and Facebook.

The Academy of The Company Theatre Presents A Chorus Line