McGRATHPR.com – Upstage Lung Cancer (ULC), the Boston-based organization that exclusively utilizes the performing arts to raise awareness in the fight against lung cancer, announces the celebration of its 10th anniversary benefiting lung cancer research.  Founded in 2008, the vibrant non-profit has funded more than $2 million in early detection research for the number one cancer killer.

ULC’s founder, lung cancer survivor and jazz recording artist Hildy Grossman has combined her passion for music with her desire to foster knowledge about lung cancer in the hopes of spotlighting new directions in research on early detection.

Grossman is one of the rare 5% of survivors enjoying life ten years after diagnosis. Her lung cancer was first discovered, by accident, in 2007. “Over the past 10 years, I’ve witnessed many advances,” shares Grossman. “New treatments emerge each year. And yet, we still must find a reliable, non-invasive, and inexpensive method to discover lung cancer at the earliest moment possible. This achievement will extend and improve lives. With advances, there are good reasons for hope.”

ULC annually presents its Fan Award to a recipient demonstrating exceptional leadership in the fight for a cure. Jerry Remy, beloved Red Sox announcer, was the first award recipient.  This 10th anniversary honoree, Bonnie J. Addario, lung cancer survivor and Founder and Chair of Addario Lung Cancer Foundation, has served as activist, advocate, educator, and agent for change empowering patients with a strong voice in the fight against lung cancer.  An inspirational survivor herself, Addario received a stage 3B diagnosis more than a decade ago. She serves as the Foundation’s patient voice at national/international conferences, on panels and boards, and to industry leaders, clinicians and policy makers.

Kicking off the celebration of its first decade, ULC presents its next lung cancer benefit – a one-night-only cabaret concert.  Barbra, Bette & Bernadette, a celebration of women’s voices, performs on Tuesday, October 23, 7:30 pm, at the Mosesian Center for the Arts, 321 Arsenal Street, Watertown.  A pre-concert silent auction begins at 6 pm with a reception to follow the show.  The event is presented in continued partnership with the LUNGevity Foundation.  Proceeds from the performance are donated to support early lung cancer detection research.  Bonnie J. Addario will be presented this year’s Fan Award during the evening’s festivities.

A high-spirited evening of music making and storytelling, Barbra, Better & Bernadette honors the voices of Barbra Streisand, Bette Midler and Bernadette Peters, three iconic female performing artists.  The concert salutes the towering, talented trio of beloved and powerful singers who have transformed today’s popular music, leaving an indelible mark on the world of entertainment. Notably, all three women performed the role of Dolly Levi in the Broadway musical Hello Dolly, a powerful, charismatic and determined woman with heart.

Tickets to the Barbra, Bette & Bernadette tribute concert are $45 and $100 for reserved seating, with VIP tickets available from $250 to $500.

Upstage Lung Cancer is proud to offer complimentary tickets to lung cancer survivors (use code SURVIVOR).  For tickets, group discounts, and more information about the Mosesian Center for the Arts, visit www.mosesianarts.org, call 617-923-8487 or visit the box office. Free parking is available on site.  For more information about Upstage Lung Cancer, visit UpstageLungCancer.org. 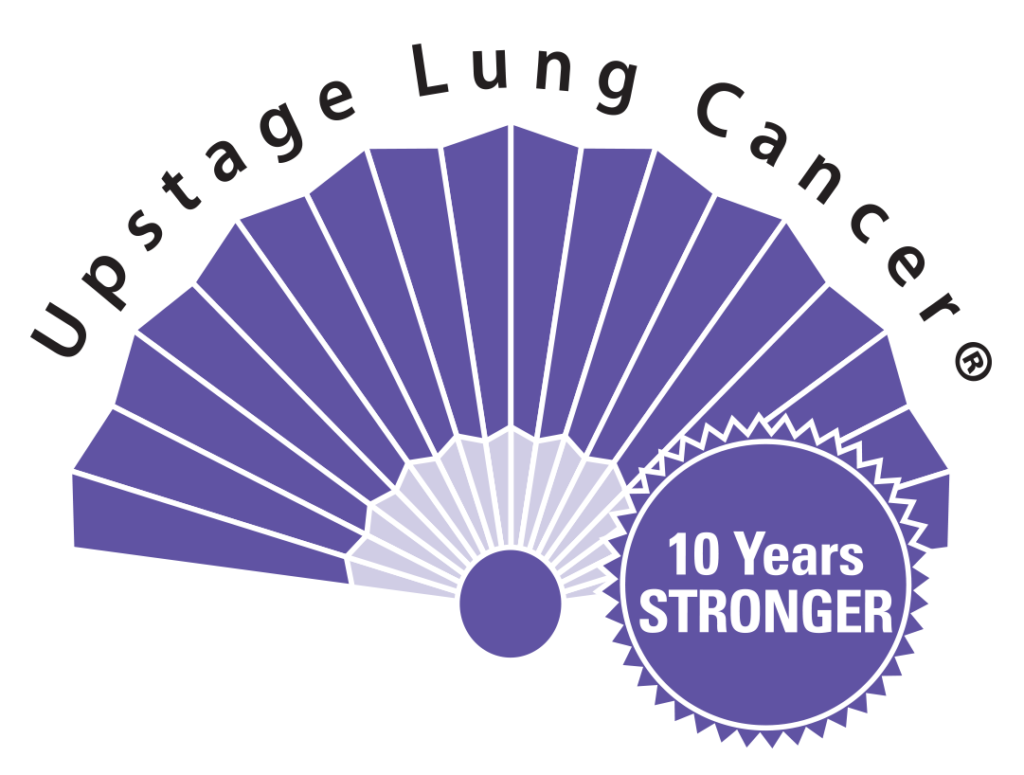 Upstage Lung Cancer’s 10th anniversary celebrates the many advances discovered in the last decade. Looking forward, there is great reason for hope. ULC has proudly invested $2 million in early detection research with its partners.  Here are the top 10 reasons why lung cancer research is 10 years stronger today.