Featuring big band music of the 30s and 40s

Following the brunch, the JRP Series Kick-off Concert at 1 pm features much-loved big band sounds from the 30s and 40s, as well as a few contemporary twists from the classic swing repertoire, performed by SSC’s JRP faculty members and local music educators. Audience members will enjoy music by great big band era composers, such as Glenn Miller, Count Basie, Duke Ellington, and Artie Shaw, plus a nod to Aretha Franklin who passed away this August.

Big bands, which originated during the early 1910s, dominated jazz in the early 1940s when the danceable swing style of music was most popular. In contrast with the jazz emphasis on improvisation, big bands relied on written compositions and arrangements. Big bands also provided a stronger role for bandleaders, arrangers, and sections of instruments rather than soloists.

South Shore Conservatory is committed to being an organization that welcomes the widest range of audience members possible – removing barriers to participation and welcoming everyone in, regardless of ability.  Both its Hingham and Duxbury campuses are wheelchair accessible.  For more detailed information about accessibility, please visit SSC’s Know Before You Go page.

Other performances included in the SSC Jazz/Rock/Pop Series 2018/2019 season include Another Blue Tuesday on November 27, and in 2019 Jazz Brunch on March 24, JRP Preview Event on May 10, JRP Spotlight Festival (student performances) on June 13, and Sugar Ray and the Bluetones at Evenings Under the Stars on July 20. 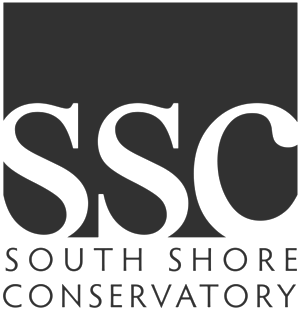 South Shore Conservatory (SSC) has been providing access to and enriching the lives of South Shore residents through music and the arts for over 45 years. Recognized as a national model for arts education by the National Guild for Community Arts Education, SSC is the largest not-for-profit, community school for the arts in Massachusetts, serving over 4,000 students of all ages and abilities at its two beautiful campuses and in partnership with schools, and social service and community agencies throughout the South Shore.

Students participate in more than 50 diverse programs in music, dance and drama, with performance playing an important role in overall education. With more than 100 exceptional musicians on faculty, SSC offers 30 professionally produced concerts annually.  Through innovative partnerships, SSC’s Creative Arts Therapies department supports the mental, emotional, and physical health of some of our community’s underserved members, and the ImagineARTS program strengthens pre-reading skills for young learners in Brockton Schools through integrated music and dramatic play.

SSC’s campuses are located at One Conservatory Drive, Hingham, 781-749-7565, 64 St. George Street, Duxbury, 781-934-2731, and 135 Webster Street, Hanover, 781-421-6162. SSC programs are supported in part by a grant from the Massachusetts Cultural Council, a state agency. For more information call us, follow us on Facebook, Twitter, Pinterest or Instagram or visit www.sscmusic.org.

The Academy of The Company Theatre Conservatory Presents The Werewolves