Described by The New York Times as “something extraordinary” the revered Parker Quartet makes a long-awaited return to the Festival following several seasons of international touring.  Exceptional recordings and performances have earned the ensemble the highest accolades, including a Grammy® Award for their recording of Gyӧrgy Ligeti’s complete works for string quartet. 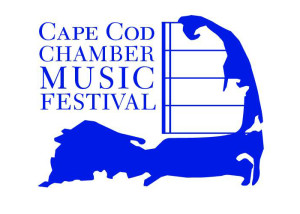 Khachaturian’s “Trio for Clarinet, Violin, and Piano” opens the concert, showcasing complex and intertwining melodies, folk tunes, rhythms and unique timbre, a fascinating listen. Dedicated to his teacher Gabriel Fauré, Ravel’s “Quartet in F Major” was rejected by conservatories in Rome and in Paris as it broke standard rules of harmony and form. Now, it is considered beautiful with its magical and dreamlike atmosphere. Dohnányi’s Quintet No. 1 in C Minor for Piano and Strings closes both the concert and the season. A romantic work, it is emotional, passionate, and strongly influenced by Brahms. Even Brahms himself was impressed by Dohnányi’s work. With an exhilarating building of intensity, Dohnányi rewards the listener with a resounding conclusion to a dynamic work of art, bringing the 39th CCCMF season to a sparkling close.

Quintet No. 1 in C Minor for Piano and Strings, Opus 1