Hansen is most notably recognized for her professional opera performances. She made it to the final rounds of the 45th annual Francisco Viñas Singing Contest in Barcelona, and was honored as a regional finalist in the Metropolitan Opera National Council Auditions.

Hansen’s interest in music, and opera specifically, sparked at a young age.

Piano lessons at age 4, performing in a children’s choir, flute lessons and musical theatre classes as a young adult all led her to her passion for opera.

She tried her hand at opera as a freshman in high school, learning ‘Caro mio ben,’ “which is the very typical, first Italian art song that almost every student on the planet learns.”

“Through sheer luck and good fortune, I was introduced to my first teacher, Maureen Hague, who still resides in Plymouth,” she said.

Throughout high school, Hansen developed her singing voice with Hague and applied to musical programs at universities in the northeast during her senior year of high school.

Hansen said it wasn’t always easy trying to make it as an opera singer in the years following school. “I almost walked away from it completely,” she said.

But her career hit a turning point with the Boston Lyric Opera where she had the opportunity to sing the roles of Gretel in the opera “Hansel and Gretel,” the Queen of the Night in “The Magic Flute,” and Frasquita in “Carmen.”

Hansen has also performed at the Hatch Shell before in a collaboration with Landmarks Orchestra and Boston Lyric Opera, and said she looking forward to performing on this stage again.

“For me, in a lot of ways it’s easier to sing for 4,000 strangers than it is to sing for a small room of people I know,” she said. “To say it’s intense is really an understatement. You feel the energy from the crowd coming back at you, and it’s just really uplifting.

“In my opinion, there is nothing on earth – no instrument, no words that can be spoken – there is nothing as expressive and communicative as the human voice; hearing a human voice live, in a beautiful hall, with an incredible orchestra surrounded by any kind of music.”

Hansen said, although she’s not religious, she takes the words of Verdi’s “Requiem” very seriously.

“I’ve got a bit of an emotional connection because it reminds me of some of the loved ones in my life who are no longer with me,” she said. “It makes me think of them in a way that makes me want to convey a message that they are in peace some place. 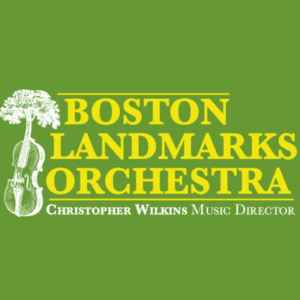 “It’s really just very exciting and satisfying to be able to share this,” Hansen said of the performance on Aug. 1, which is free and open to the public. “I would say that this music is for everyone…it has very exciting, intense, thick music, and it’s also got extraordinarily tender moments. And kind of everything in between.”

The one-night performance of Verdi’s “Requiem” is conducted by Christopher Wilkins, and features the Boston Landmarks Orchestra’s One City Choir, Back Bay Chorale and includes Hansen as a soprano, Ann McMahon Quintero, mezzo-soprano, Yeghishe Manucharyan, tenor and Nathan Stark, bass-baritone.

She said her hopes for the day of the performance are to stay hydrated and be well-rested – though her definition of well-rested has changed slightly since having her nine-month-old son, Louis, who will be in the crowd at the Hatch Shell.

Hansen said she is appreciative of her upbringing on the South Shore, and excited to be performing in Boston again.

“I feel very fortunate in the opportunities I’ve had over the last nine years where I’ve pretty much been singing the whole time,” she said. “I guess you could say I’ve checked a bunch of things off my bucket list in terms of places that I want to perform and people that I want to work with. I’m so proud of my roots and I’m so proud to be a Bostonian.”

Christmas in July: Tickets for ‘A Christmas Story’ musical, ‘Nutcracker’ and more for sale