A GOOD AGE – THE PATRIOT LEDGER – The South Shore Conservatory recently honored Hingham native Dorothy Palmer for her longtime dedication and financial support of the conservatory’s “Evenings Under the Stars” series and other musical events.

Palmer, who recently turned 90, was celebrated at the first “Evenings Under the Stars” concert of the season. She is a longtime supporter of the entire series. The Conservatory held a special reception for her and her son, Nicholas Palmer, spoke of his early musical training at the conservatory and the importance of his mother’s support throughout his career. Nicholas Palmer is now celebrating his 22th season conducting the “Evenings Under the Stars” Festival Orchestra. Her other son, Daniel, was also on hand to see his mother recognized by her community.

Palmer was presented with a plaque in honor of her service by Kathy Czerny, president of the Conservatory.

More than 400 family, friends and music lovers were at the event to enjoy music from opera and musical theater. The program included some of Palmer’s personal favorites: “Habanera” and “Seguidilla” from Carmen, and the soprano aria “Sempre Libera” from la Traviata. 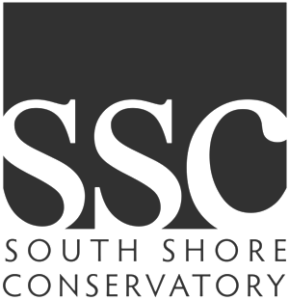 The Saturday evening series at the Jane Carr Amphitheater at One Conservatory Drive continues through the end of July. Performances start at 7 pm.