“Growing up on the South Shore, I can’t remember a time when I didn’t know about the Hatch Shell. What Boston venue is more iconic?” shares Hansen.  “I dreamed of the day I would stand on that stage overlooking the Esplanade.  I’m thrilled to reunite with Landmarks Orchestra and share this masterpiece with our community.  There are facets in this work for every person, it is truly life changing.  I sing it with all my heart in memory of loved ones I miss every day.”

The one-night performance of Verdi’s monumental Requiem features The Orchestra’s own One City Choir, Back Bay Chorale, and combine forces with a quartet of soloists, including Hansen as soprano, Ann McMahon Quintero, mezzo-soprano, Yeghishe Manucharyan, tenor and Nathan Stark, bass-baritone.  The performance is conducted by Christopher Wilkins.  A renowned masterwork, Requiem opens in hushed, prayerful tones, and closes with an impassioned plea from the Soprano Soloist and Choir for salvation. In its most famous “scene,” trumpets surround the audience as if on Judgement Day.

“I knew about 30 seconds into my audition with Maestro Wilkins that I wanted to work with him!” Hansen exclaims.  “He has such understanding of singers and the demands of this piece on every artist on stage.  I find myself preparing as much mentally as vocally, as it is such an emotionally demanding work.”

Praised for her rich, even and “Creamy” sound (The Boston Globe’s Matthew Guerrieri), Hansen is well recognized for her performances on the professional opera and orchestral circuit, and has scored many notable successes in several prestigious international competitions, recently in the Final Rounds of The 45th Annual Francisco Viñas Singing Contest in Barcelona, Spain as well as being honored as a Regional Finalist in the Metropolitan Opera National Council Auditions.  She is also the 2010 recipient of the Boston Lyric Opera Stephen Shrestinian Award for Excellence.

Now in her fourth season on The Metropolitan Opera roster, Hansen recently joined the acclaimed Francesca Zambello production of Cyrano de Bergerac (starring Roberto Alagna in the title role). She also performed in a concert of arias with Boston Bel Canto Opera (Norma, Luisa Miller, Fiordiligi), and joined the Boston Youth Symphony Orchestra as Frasquita in Carmen.   Hansen made her Boston Symphony Orchestra and Carnegie Hall Debut singing Elijah under the baton of Rafael Frühbeck de Burgos. She has been featured in many other orchestral engagements including Beethoven’s Symphony No. 9 (Bozeman and Greensboro), Orff’s Carmina Burana (Charlotte) and Beethoven’s Missa Solemnis (Quincy and Tallahassee).

Hansen previously appeared with Boston Landmarks Orchestra in a concerts of opera scenes, where her roles included Tatyana from Eugene Onegin and Contessa from Le Nozze di Figaro among others.  Other noted engagements include multiple appearances as the “Trainbearer” in Strauss’ Elektra in a return engagement with the Boston Symphony Orchestra at Boston Symphony Hall, Carnegie Hall and Musetta in La Boheme in Cedar Rapids.  She also stepped in last minute as Donna Anna in Don Giovanni with Opera in Williamsburg, a role she previously debuted with Boston Lyric Opera in 2015.

In her native region of the Boston’s South Shore, Hansen most recently performed in Poulenc’s Gloria and Vaughan Williams’ Dona Nobis Pacem with Plymouth Philharmonic Orchestra, conducted by Steven Karidoyanes.

The Boston Landmarks Orchestra was founded in 2001 by conductor and community advocate Charles Ansbacher. The orchestra is comprised of many of the area’s finest professional musicians. The orchestra actively appears throughout the neighborhoods and public spaces of Boston, mainly in the summertime. In 2007, the orchestra established a regular concert series at the Esplanade, inspiring rapidly growing audiences in the thousands along the banks of the Charles in a weekly series.

Admission to Verdi’s Requiem is free to the public, made possible by the financial generosity of individuals, foundations, and corporations and the Free for All Concert Fund. A pre-concert prelude will be held at North End Music & Performing Arts Center at 6:20 pm prior to the performance.  In the event of inclement weather, a Requiem rain date for is secured on Thursday, August 2 at the same location.  In the event of inclement weather on the rain date, the performance will be held at First Church Cambridge, 11 Garden St., Cambridge. 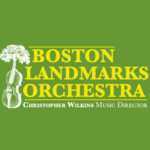 Summer Music Festivals Worth Traveling For

Upstage Lung Cancer Presents I Got Rhythm: In Love with Gershwin and Cole Porter