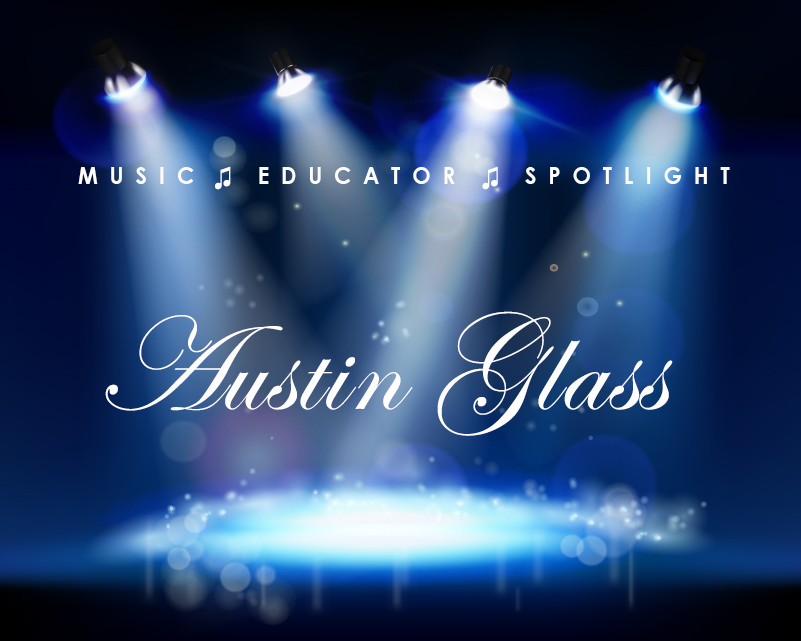 Music runs through Austin Glass’ veins.  It’s in his family, his heart, his soul, and he wants everyone to know it.  As the Band Director at Pembroke High School, he has shared his passion for music for the last twelve years.  His students, colleagues and everyone that has had the pleasure to work with or near him all confirm that he is committed to sharing his love of music and his passion to inspire others.

Growing up in Bridgewater, Austin’s musical exposure was handed down by his father, Peter.  A lifetime music educator himself, Peter Glass spent 21 years of his career first teaching at Silver Lake Regional High School (band and chorus), the school he attended himself as a high school student, later moving on to teach in Attleboro for another decade.  Austin shares his memory vividly, “My passion for teaching music is a direct result from growing up watching my Dad. He brought my brother and I on band trips to many places, including Scotland and Florida.  I can’t begin to tell you how many concerts my brother and I attended with my mom.”  His mother’s music talents were prevalent in their household as well.  She had studied the marching baritone with her husband when they were both members of the UCONN Marching Band.  She always sang in church choirs, has played the French horn, and is currently playing in a ukulele ensemble.  Austin’s mother always sang to him and his brother, Elliott, and believes that all of these family experiences played a large role in developing their ears as musicians.

In the 4th grade, Austin began learning to play the clarinet.  In the 5th and 6th grades the town was redistricted, prompting him to switch to a school with no band program. He continued to grow as a musician by taking private lessons with Rockland Public School’s music director Stephen Bell.

At the end of Austin’s freshman year as a student at Bridgewater-Raynham Regional High School, he switched from playing clarinet to the tuba. This proved to be a successful change of direction, as he received an All-State recommendation for the following three years, being accepted to perform both his junior and senior years. The beginning of sophomore year he started playing bass guitar out of the need by the school jazz band. This new instrument opened the door to founding a high school rock band, Mr. Gone.

The group, filled out by his student peers, primarily wrote their own music and performed all over the region.  Austin credits this group with playing a very important role in his musical development.

Austin’s admiration for his father’s love of teaching music inspired the course of his future career.  By his high school junior year, he knew that he wanted to follow in his father’s footsteps and aspired to become a high school music teacher.  Austin earned a Bachelor of Music in Music Education degree from The Hartt School, at the University of Hartford.  He went on to earn his Master’s degree from Yale University as a tuba performance major.  He spent the first two years of his career as the music director at Carver High School.  Soon after, he accepted the position of Director of Bands at Pembroke High School, where he has served on staff since 2005.  Currently, he teaches Freshmen Band, Concert Band for students in grades 10 through 12, Honors Wind Ensemble by audition for grades 10 through 12, Guitar Lab classes and Honors Music for highly motivated music department seniors who may be considering majoring or minoring as a music major in college.

In addition, he also directs the marching band, co-teaches the jazz band, and conducts the school’s yearly musical pit orchestra (most recently for Chicago, as well as The Pajama Game, Bye Bye Birdie, Oklahoma!, Once on This Island and more).

Now in his thirteenth year of teaching at Pembroke, Austin feels that his colleagues and students have become more than just people he sees in the halls, they have become family.  He doesn’t think of himself as their teacher or their co-worker, but feels that they are each inspiration to help each other through the struggles that life can bring. He manages to create a “safe space” for his students to embrace their creativity and develop meaningful relationships with himself and fellow students.  Often using humor as a way to break the ice with students, junior Sydney Alfano, a trumpet player says “He’s like my dad when I’m at school.  He’s the best.  He tells weird dad jokes.”  That sentiment was echoed by Brian Morley, a senior saxophone/guitar player, saying “He’s so genuine and family-like that you think of him as much a friend as a great teacher.”   His students boast about “Mr. Glass”, even labeling him a school ‘celebrity’!

Austin is known for making everyone feel welcome and valued by both students and colleagues.

“I have seen first-hand his immense talent for building a deep connection with his students and fostering and nurturing their love for music.  Austin is a teacher who inspires greatness and confidence. He is a true team player and his infectious love for music is reflected every day in his classroom.”

Outside of the school walls, Austin continues to bring music into the lives of his students in a variety of ways.  The music department at Pembroke High coordinates competition trips every year, this year taking a day trip to Music in the Parks for a competition followed by time at Six Flags.  Last year they competed in New York, and next year will be performing in Florida.  The Honors Wind Ensemble performs at the South Shore Band Exchange Concert every year.  For many years he served South Shore Conservatory’s inspiring Summer Music Festival band program in Hingham as conductor of the Summer Wind Ensemble and as a brass coach for tuba and euphonium students. Now with two daughters, ages 4 and 7, Austin is planning his summers with more family time. Last summer he participated in the Massachusetts Instrumental & Choral Conductors Association (MICCA) Summer Institute for two days of inspiration.

The Glass family’s music legacy continues to march on across the South Shore.  Austin’s father, Peter, is still extremely active in the music program at Pembroke.  He most recently has been serving as the Assistant Marching Band Director, writing marching drills and arranging marching band music; arranges music for Pembroke All-Band Night concerts, and has conducted the school theatre program’s pit orchestra for musical performances for multiple years.  His brother, Elliott Glass, the former Director of Music for grades K through 12 in North Attleboro, and prior Assistant Principal at Kingston Elementary and Intermediate Schools, has served as the Career and Technical Education Director at Silver Lake Regional High School for the last decade. 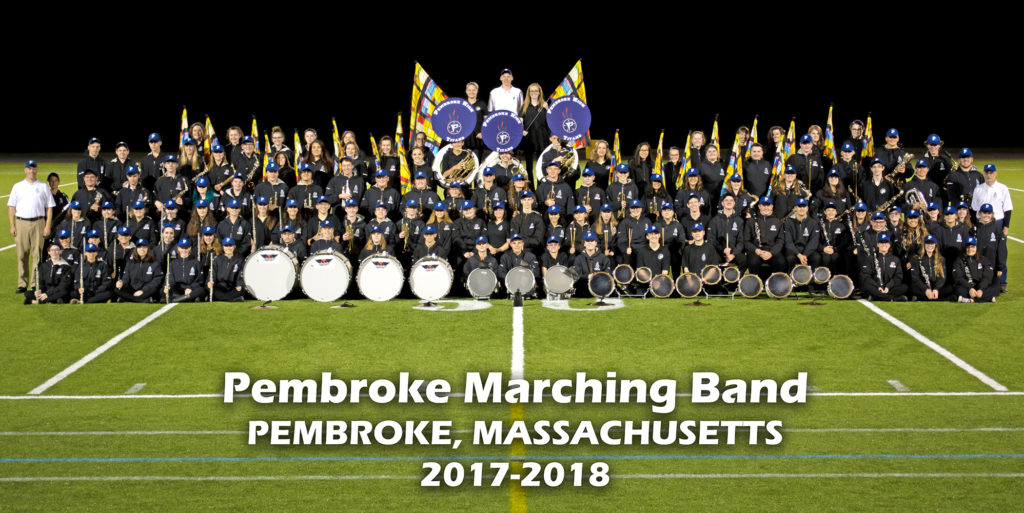 Although Austin’s dream was to play alongside his brother in the UMass Marching band, he is visibly happy with the way his career turned out, always remembering that his dad and his brother inspire him.  Not surprisingly, his dad feels the same way.

“I have a son that has surpassed me in this phenomenal, fun career, not like any other. When you love what you do, it’s not like going to work every day.  Now I get to work with Austin and watch his gift first hand.  He’s really good at it!”