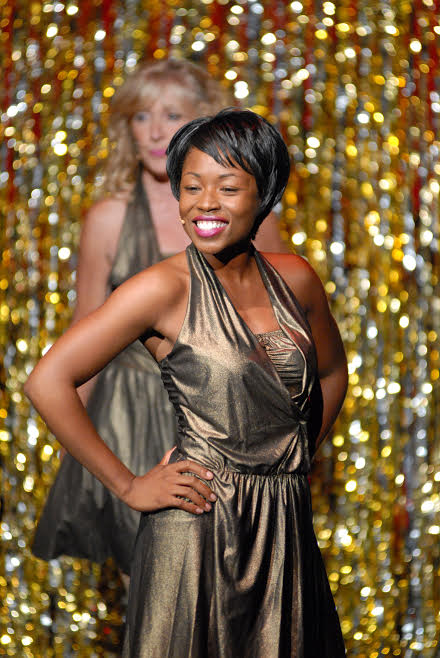 PATRIOT LEDGER.com – You may not know the names Jerry Leiber and Mike Stoller, but you surely know “Hound Dog,” “Jailhouse Rock,” “Stand by Me,” and scores of other hits. Long before the music of Frankie Valli and the Four Seasons (“The Jersey Boys”) and Green Day (“American Idiot”) came to Broadway, the songs of Leiber and Stoller made the musical “Smokey Joe’s Café” the longest-running musical review on Broadway. Now, the 1995 Tony Award nominee comes to The Company Theatre from Feb. 8-11, a production of the Irving Street Rep of New Jersey.

“This is one of those shows where you can’t help clapping and moving your feet and singing,” said producer A. Curtis Farrow, who directed the productio. “Leiber and Stoller really are the godfathers of rock ’n roll.”

Leiber and Stoller won Grammy Awards for the cast album and were inducted into the Songwriters Hall of Fame and Rock & Roll Hall of Fame in the 1980s, 30 years after they started writing what eventually became 70 hits.

Thirty-four of these from the 50s and 60s are performed by a cast of nine, as solos, duets, quartets and ensemble numbers accompanied by piano, bass, guitar and drums. Other hit songs in the show are “Spanish Harlem,” “Fools Fall in Love,” “Love Potion #9,” and “I’m a Woman.” 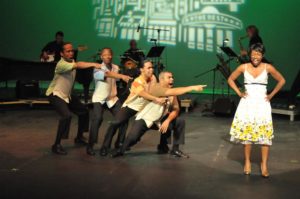 Although they came from East Coast Jewish families, Leiber and Stoller met as teenagers in Los Angeles where they shared their love of blues and rhythm and blues. They wrote “Hound Dog” for blues singer Big Mama Thornton, which became a sensation when Elvis Presley performed it as a rock song with a style that electrified audiences. In addition to Elvis, the Drifters, the Coasters, Peggy Lee, Diana Ross and many other performers sang their songs.

“They had so much soul and they were one of the first to really make what was called black music crossover and get it played on the radio,” Farrow said. “They wrote songs for all these different groups, and they were very loyal to these artists.”

Unlike other jukebox musicals, Smoke Joe’s Café is strictly a musical review, with no story line. 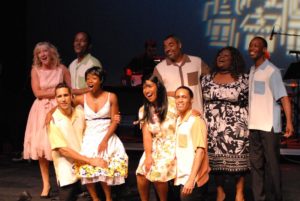 “It’s all about the music, but the songs are full of stories,” he said. “I love that people know the songs, but don’t realize who wrote them until they see the show. Just think about ‘Hound Dog’, ‘On Broadway’ and ‘Stand by Me.’ You would have a hard time finding artists who had hits over and over and that are still sung today.”

What: Smokey Joe’s Café, a musical review of songs by Leiber and Stoller

Where: The Company Theatre, 30 Accord Park Dr., Norwell 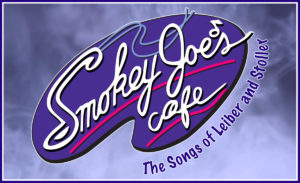 UP NEXT:  Deertrees Theatre’s August Entertainment

These cool cats can dance and sing