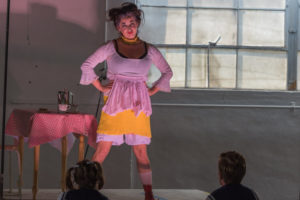 THE NEW YORK TIMES – Loneliness, the condition into which we are born, and from which we spend much of our lives trying to escape — whether through love and sex, or alcohol or drugs or even, yes, art — is a theme that resounds throughout the works of Eugene O’Neill andTennessee Williams, two of America’s greatest playwrights, if not the two greatest.

This year’s Provincetown Tennessee Williams Theater Festival, an annual event now in its 11th season, brought together select works from both playwrights, each of whom, as it happened, spent much time here, writing some of their best plays.

In fact, it is often said that American theater came to maturity in this once-bohemian, now much-gentrified town at the tip of Cape Cod. It was here a century ago that the Provincetown Players, a small amateur group, presented O’Neill’s first produced play, “Bound East for Cardiff,” in a makeshift theater on a wharf. A career was born, and the American theater awoke from an aesthetic slumber almost overnight.

But, as the festival’s curator, David Kaplan, underscored in titling this year’s edition “Beyond Success,” O’Neill and Williams shared more than an affection for Provincetown and certain themes. They also tasted both great fame and abject failure during their long careers. Williams perhaps most famously spent his late years in the artistic wilderness after his long run of Broadway hits in the 1940s and 1950s, striking out in new directions that left critics and audiences baffled. It was in part to regenerate interest in this later work that Mr. Kaplan founded the festival, which has presented 10 Williams world premieres.

This year the festival presented none, but once again it focused on Williams’s lesser-known work. The companies presenting were unfamiliar to me, as were the actors, except for Brian Dennehy, whose deep experience playing O’Neill made for a terrific master class.

The most revelatory production was Williams’s “Small Craft Warnings,” which Jef Hall-Flavin, the festival’s director, suggested in an introductory talk was an unacknowledged masterpiece. I’m not sure I’d go quite that far, but certainly, this production, directed by Patrick Falco, made a powerful argument for its status as one of Williams’s best late plays.

Among the charms of this festival is its tradition of staging plays in unusual, intimate settings. For “Small Craft Warnings,” the Boatslip Beach Club, set on the water, was a suitable stand-in for the play’s setting, a seedy bar somewhere on the Southern California coast. It is here that the characters — drifters and grifters who spend their nights huddled over their drinks, and their days trying to forget their nights — assemble to find some solace for the waste of their lives. 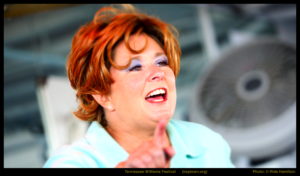 The play, first staged in 1972, is not exactly a comedy, but its frequent bursts of bitter humor almost convince you it is, particularly in Mr. Falco’s excellent production, powered by a supremely funny Gail Phaneuf in the role of Leona, the unofficial matriarch of the squabbling, makeshift family whose spiritual home is the bar. Barreling around the stage, her eyes ablaze with indignation or melting in sympathy, Ms. Phaneuf turned the character into a whirlwind of comic energy tinged with pathos: a bit Blanche DuBois, a dash of the blowzy Maxine from “The Night of the Iguana,” but with the braying mouth of Phyllis Diller.

Leona arrives in a rage, her younger lover, the hustler Bill (an aptly sexy-seedy Joe Macdougal) having darted out of the trailer they’d been sharing for a couple of months. She arrives to find him in the company of the teary Violet (the movingly desperate Sarah MacDonell), a woman who assuages the emptiness of her existence through booze and sex. But then all the characters in this dark play — similar in spirit and setting to O’Neill’s own “The Iceman Cometh” — are in flight from the ugly truths of their lives.

Virtually all the characters — who include Doc (Bill Salem), a physician who has had his license revoked; Monk (Fred Biddle), the bar’s sympathetic owner; Violet’s on-again, off again lover Steve (a nicely bruised Ian Leahy); and a pair of gay men who receive a cool reception from Monk (Stuard M. Derrick as the jaded Quentin and Austin Jennings Boykin as his much younger pickup) — directly address the audience at one point or another. They pick at their wounds, plead for understanding, or just tell their sorry tales. And in the intimacy of the bar, their slurred stories of regret are squirm-inducing, like a drink suddenly dumped into your lap along with all those unwanted confidences.

Top Left:  Rachel Hirshorn in “Kirche Küche Kinder (An Outrage for the Stage),” performed in the back of a T-shirt shop, at the Provincetown Tennessee Williams Theater Festival. credit: Jeffrey Moore