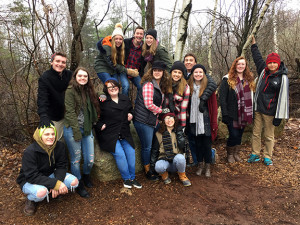 The play is written by John Cariani and directed by Kevin Mark Kline. On a cold clear night in the remote mythical town of Almost, Maine, residents find themselves falling in and out of love. “Almost, Maine” was developed at the Cape Cod Theater Project in 2002 and received its world premiere at Portland Stage Company. “Almost, Maine” opened Off-Broadway in 2005 at the Daryl Roth Theatre. “Almost, Maine” has been produced by over 2500 theater companies in the United States, making it one of the most frequently produced plays of the past decade.

The Company Theatre to Hold Open Auditions for Oliver!