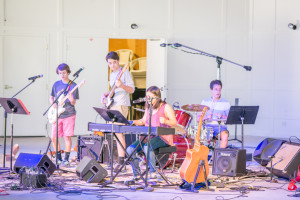 WICKED LOCAL MARSHFIELD – Music had always been a vital part of David Jodka’s life. So it seemed fitting after his death for his family to keep music playing, in some fashion, in his memory.

They burned a CD of his favorite songs, “Dave Jodka’s Greatest Hits,” an amalgamation of 80s rock and roll, and gave away 500 at his celebration of life ceremony.

A year after he died from cancer at age 44, his family partnered with South Shore Conservatory for the first Dave Jodka Mad Love Music Festival in October 2015.

And now, the family wants to use the proceeds from the festival to launch a scholarship program to create and support a new high school band, like those Jodka was once part of. 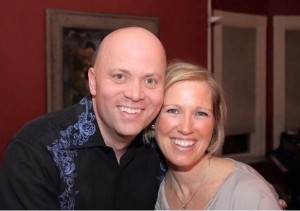 “I think about our life and this wasn’t at all what we expected to happen, but it did,” Kathleen Jodka, Dave’s wife, said. “Music touches people’s lives in so many ways, so to give back in the community and give the opportunity to kids to have that chance, it just makes me feel proud and makes me feel like it’s something Dave would be proud of.”

Interested applicants should possess a good mastery of their instrument/voice, a passion for working with an ensemble and performing in public, and the willingness to commit to the band for a 14-month period from April 2016 through June 2017, said Eileen Puzo, the conservatory’s annual giving director.

“Commitment is critical in this band. Coaches and bandmates will invest a lot of their time and effort, and expect all band members to make the same commitment,” she said. 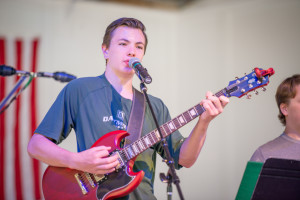 All musical instruments are welcome.

“You can play drums, guitar, saxophone, cello or clarinet. Seriously! Any instrument is fair game. And if you play more than one instrument or sing and play, even better,” Puzo said.

Interested individuals will have to submit an application and two-minute audition video. The deadline to apply is Friday, April 15.

The inaugural Mad Love festival raised more than $52,000. To endow a scholarship at South Shore Conservatory, a fund needs at least $35,000, so the festival’s success allows for good flexibility in the Future Rockers scholarship, Puzo said.

The scholarship will cover all expenses associated with performing in the band it creates, which means the conservatory can accept any number of students into the band and that no student will have to pay for the experience, Puzo said.

The scholarship also pays for a coach as well as the cost for specialists who sit in, including musicians, sound techs and marketing professionals, who will help the students develop as a band.

When her husband had his own bands through his youth, he regretted lacking guidance for a band’s needs beyond the performance, such as marketing, brand development and merchandise sales, she said.

“I feel incredibly grateful the conservatory listened to what was important to Dave and me, and turn it into this incredible opportunity,” Kathleen said.

The South Shore Conservatory community has come to know the Jodkas over the years as concert attendees, students and friends, so incorporating Kathleen’s wishes and Dave’s memory from the festival to the scholarship was an easy decision, Puzo said. 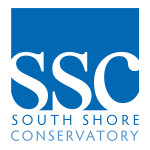 “Dave was a wonderful father and musician,” she said. “We were heartbroken when he passed away and deeply honored that his family chose to honor his legacy and love of music by selecting SSC as his memorial charity.”

The band created out of the process will debut at the Dave Jodka Mad Love Music Festival on Oct. 9 at South Shore Conservatory’s Hingham campus, but SSC plans to start the group on local gigs and see where their success takes them, Puzo said.

GO GUIDE: For the joy of singing