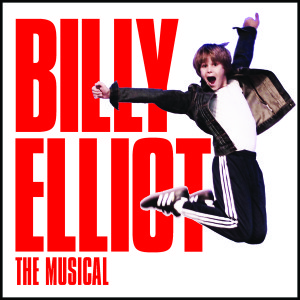 BILLY ELLIOT THE MUSICAL has book & lyrics by Lee Hall, with music by Elton John, and orchestrations by Martin Koch. The production will be directed by Zoe Bradford and Jordie Saucerman, choreographed by Sally Forrest, with music direction by Michael Joseph.

The musical of the decade that won the hearts of millions, BILLY ELLIOT THE MUSICAL has captivated audiences across five continents and won more than 80 theater awards globally including 10 Tony Awards. The show has been seen by more than 10 million patrons worldwide to date.

This inspirational story of a young boy’s struggle against all odds to make his dreams come true is set against the background of Northern England’s miner’s strike of the 1980’s. Billy’s journey begins when he stumbles out of the boxing ring and into a ballet class. He discovers his passion for dance, and ultimately inspires his family, and the entire community. With a timeless score by Elton John, sensational dance, and a powerful story that has captured audiences world-wide, BILLY ELLIOT is funny, uplifting, and will stay with you long after the final curtain!

Appearing in the title role “Billy” is Jamie Mann of Connecticut, a youth member of the Actors’ Equity Association. Mann has already made major appearances in off-Broadway and regional theatre, as a dancer and film actor. He appeared in the role at the Maltz Jupiter Theatre in Florida, and in important roles including “Lord N. Taylor” in Ever Happily After in New York City and in dancing roles with The New York City Ballet at Lincoln Center including Swan Lake, Harlequinade and The Nutcracker.

Tickets for BILLY ELLIOT are $39 to $41, matinee and evening performances are available. For a complete performance schedule, to order tickets, or for more information, call the box office at 781-871-2787, email boxoffice@companytheatre.com, or visit www.companytheatre.com. The box office is open Monday to Friday from 11 am to 6 pm, and during all performances. Free parking is available on site, and the theatre is handicap accessible. For the latest information on programs and performances, visit the website, or follow The Company Theatre Center for the Arts on Facebook and Twitter.