Friends in Song, a 16-member a cappella vocal ensemble, presents a South Shore concert series during March with 3 performances across the region.  The ensemble is directed by William B. Richter.

Banks and Braes:  A Cappella in the Celtic Tradition offers about a one-hour performance of light concert repertoire featuring beloved and newly discovered tunes of the Celtic lands, including sea shanties, ballads and contemporary selections.  Fiddler Angel Dombrowski lends instrumental accents to Scottish, Welsh and Irish repertoire at the Plymouth and Scituate performances. 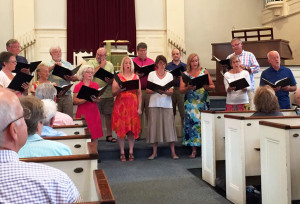 For more information or directions to the performances, please visit venue websites.