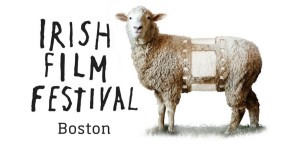 Friday night offers the U.S. premiere of the 2015 Festival Director’s Choice Awardee, One Million Dubliners. Voted Best Irish Film in 2014 by The Irish Times, with its tagline “Every plot has a story…”, the film delves into the Glasnevin Cemetery, revealing how the business of death is often humorous and always affecting, leaving an indelible memory with viewers. Both Director Aoife Kelleher and Producer Rachel Lysaght will be present for the screening. Paul Murphy’s The Weather Report opens the evening as the 2015 Festival Director’s Choice Short Film.

Saturday’s programming features the 2015 Festival Special Jury Prize award winning An Bronntanas (The Gift), Ireland’s entry to the foreign film category of the 2015 Oscars®. Directed by Tom Collins, An Bronntanas is a contemporary thriller set against the back drop of the Connemara Coastline, in the West of Ireland, and the dramatic lives of a local lifeboat crew. The story is told in both Irish and English. Actor Dara Devaney will be present at the screening. In another Boston connection, Collins lives in Ros Muc, Galway, home to Boston Mayor Marty Walsh’s family residing in Ireland.

Throughout the weekend a number of contemporary features, short films and documentaries screen, including The Guarantee, which follows the Irish government’s decision to guarantee the entire domestic banking system in 2008. The Guarantee makes its U.S. premiere at the Festival along with the stellar documentaries Blood Fruit and Mairead Farrell: An Unfinished Conversation. The romantic comedy feature film Standby screens on Saturday evening. Two short film programs and a free children’s program are featured on Saturday and Sunday afternoon. To wrap up the weekend, the documentary Dolores Keane: A Storm in the Heart screens on Sunday. This landmark documentary by Scratch Films for RTÉ Arts pieces together in words, archive and classic song, the extraordinary story of one of Ireland’s best-loved cultural icons. A Session at The Burren in Davis Square closes out the weekend. “We are very fortunate to yet again have such a great selection of films and talented film makers in our midst in Boston,” says Festival Director, Dawn Morrissey. “Stay tuned for some surprise guests, you never know who may turn up on this fifteenth anniversary weekend!”

Tickets to each Boston Irish Film Festival screening are $14 for opening night in advance ($15 at the box office) and $11 for all other screenings ($12 at the box office).  An All-Access Festival Pass (allowing entrance to all screenings and receptions) is available for $85.  Tickets will be available at the Somerville Theatre box office from March 19 through 22. The Somerville Theatre is handicap accessible, street side parking is available. For more information including the complete schedule of events, or to order tickets, please visit www.irishfilmfestival.com, follow us on Facebook, or search the Festival hashtag #irishfilmfest15 on Twitter.

Founded in 1999, The Boston Irish Film Festival is the largest event of its kind held outside of Ireland. Deemed one of the “Top 20 Coolest Film Festivals” worldwide by MovieMaker Magazine, the Festival celebrates the very best of Ireland and the Irish on screen. The Festival has screened over four hundred Irish films in Boston, including highly acclaimed films such as In America, Intermission and Sunday Bloody Sunday. It was the first American film festival to recognize the 2007 Oscar® Winner, Once. The Festival is also the go-to for film “sneak peeks” and U.S. distributor-sponsored screenings. The Festival has played host to some of the greatest names in Irish cinema, including Jim Sheridan, Gabriel Byrne, Brendan Gleeson, Domhnall Gleeson, Terry George, Colm Meaney, Fionnula Flannagan, John Boorman, Aidan Quinn and Stephen Rea. For more information, including the complete schedule of events, please visit www.irishfilmfestival.com.